One Small Step Films is constantly developing new content and working on a multitude of projects. Stay up to date with the latest information about our projects, press coverage & links to associated projects here.

Kill or be Killed – The Short Film

A sadistic serial killer has his freshly captured prey right where he wants him…or does he?

Recently screened at the Los Angeles Short Film Festival, OSSF in association with 920 Films & Dancing with the Devil Productions are happy to announce the public release of the dark comedic short film ‘Kill or be Killed‘. 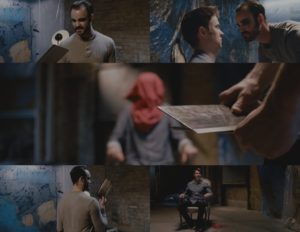 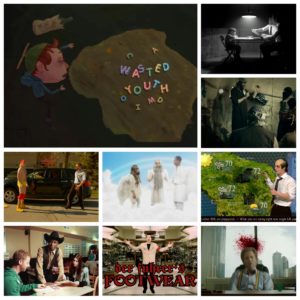 In association with Dancing with the Devil Productions, OSSF is happy to announce the release of the sketch-comedy webseries Wasted Youth; an edgy and incredibly silly series in the vein of Mr. Show and Key & Peele with stand-alone episodes which also flow into each other seamlessly. Currently available on YouTube, Wasted Youth is currently being submitted to web-festivals worldwide. Check it out.

Come Rant With Me – The Podcast 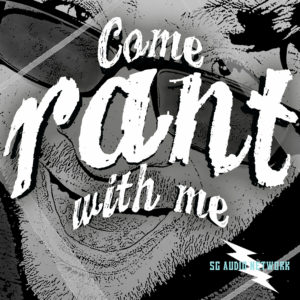 OSSF Director Matt Gorman has a new project that just launched – COME RANT WITH ME. It’s a podcast where he rants about anything and everything that pisses him off in the world. Little things, mundane things, just those pet peeves that get under your skin and drive you crazy until you just GET THEM OUT…and rant!

Matt will be pulling guests from his wide network of friends and collaborators including actors, filmmakers, comedians & more. Launching a new episode each week, be sure to follow the facebook page and find the show on iTunes, Google Play, or wherever you get your podcast on. Produced by David Hayman of the Supergroup Sonic Branding Company as part of his SG Audio Network.

In association with Legacy Studios and producers Holly Rowden & Eion Smith, One Small Step Films presents the latest project by Director Matt Gorman – 7 Minutes. The film takes place in a closet during an elementary school reunion, where a young man is brought face-to-face with his childhood crush. Based loosely on actual events, this awkwardly comedic film is sure to have moments you will be able to relate to, if you ever had a crush on someone as an adolescent.

This film was written years ago and sat on a (digital) shelf. But, when Matt met with Holly & Eion who were looking to produce a simple short film, it seemed like the perfect opportunity to get this project shot.

OSSF Director Matt Gorman’s latest project is the webseries “Mutha” created by and starring Mandy May Cheetham (aka Mandy Mayhem). The show follows a housewife from Westchester who moves to Brooklyn to become a rapper. Fed up with living for everyone else’s dreams, she accidentally finds a way to express her rage through hip hop, only to discover she is actually pretty good at it. The series will explore whether it is ever too late to be who you might have been, and also the funniness of shit jokes.

The show is currently seeking funding from the Independent Production Fund, so please check it out in the Videos section of our website and comment/like/share it. The more views the better chances the show has of getting funded.

Stay tuned for news on this project and others. 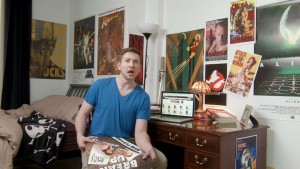 OSSF Director Matt Gorman recently expanded his portfolio into the commercial world with a 30-second spot for MoviePoster.com, to be featured at 20 Cineplex Theatres across the country in conjunction with 2015 Great Digital Film Festival.

Check it out in the videos section.

We are happy to announce that after a successful fundraising campaign for the non-profit organization A is For, and festival run where it won the award for ‘Best Comedy Documentary Short’ at the 2013 Atlanta International Documentary Film Festival, we are now making our short film “Smear Campaign: @LizzWinstead’s #Tour4PP” available for free online.

Synopsis – In the summer of 2011, fed up with the GOP’s relentless attack on Women’s Health, comedian and ‘The Daily Show’ co-creator Lizz Winstead embarked on a cross-country tour in support of Planned Parenthood of America. A whirlwind of press, protesters, heart-wrenching personal stories, and some laughs along the way.

Check it out in the videos section.

One Small Step Films is very excited to announce the release of our short documentary “Smear Campaign: @LizzWinstead’s #Tour4PP” on August 22nd exclusively on AisFor.org – with all proceeds going to the Center for Reproductive Health and other advocacy groups for Women’s Reproductive Rights.

Since shooting this documentary during the summer of 2011 Producer/Director Matthew Gorman has put a great deal of work into cutting the massive amount of footage shot while on the road, travelling across America with comedian and ‘The Daily Show’ co-creator Lizz Winstead, and making it into a concise film documenting Lizz’s commitment to fighting for the causes she believes in, but also the fun that we had while travelling across the country with photographer Mindy Tucker & Lizz’s two dogs Buddy & Edie.

From stops at the Creation Museum in Kentucky, reading scathing online comments and dealing with protesters hell-bent on denying low-income women access to birth control in order to prevent abortion…?!?!? Being on tour was a unique experience and Matt was glad to be able to capture it on video to share.

Special thanks to editor Jo Boxwell, without whom this would have been a completely different (and likely much worse) film. And a HUGE apology to MATT SOUSA (Not Souza) who created the score for the film.

Check out the film or view the poster art.

After shooting this film in January and putting much hard work into it, One Small Step Films is proud to announce the online release of our first project: “First Kiss”

Written & Directed by Matthew Gorman, “First Kiss” is the story of teenagers Brenda and Eddie. As they prepare to kiss for the first time, what they’re saying to each other is not the same as what’s happening in their heads.

Special Thanks to The Rural Alberta Advantage for their permission in using their song “In the Summertime” in the film.

Below are the many ways you can reach us